During the pre-conference we had at MIX08 there was also a presentation from one of the guys that works on the Surface team. To give an introduction of the Surface for those who wouldn’t have seen it he showed a video about it. The funny thing though was that he didn’t show the original video, but a spoof made by SarcasticGamer.com. Apparantly it’s around for a while but I hadn’t seen it before. Kudos to the guys who created it and also to the Surface team for using it in their own presentation!

There’s always one difficult part about going to conferences and blogging and that is that you hear so many interesting things you want to talk about, but no time to do so because you’re paying attention. I do have some time right now though before going to the official MIX party at TAO in about an hour or so I thought I’d share some first thoughts on the conference.

Together with most of the European invites of Microsoft to MIX, we arrived in Vegas on Monday night as we had a pre-conference scheduled in on Tuesday, the day before the official start of MIX. The pre-conference is a unique opportunity to get up close with some people that will present at MIX later as well but given we’re with about 200 people it makes it more accessible to get into a conversation. In the afternoon we had the choice between some activities, for which we chose to go for the “High Rollers” – a training basically on gambling, to get you started ;) This training took place in the Stratosphere Tower, a nice enough opportunity to take some pictures and stitch them all together in this panorama.

Today MIX officially started. We had the keynote in the morning with Ray Ozzie and Scott Guthrie which got covered pretty good live by Duncan Riley at Techrunch. I’d say check out their post to get an idea of the keynote, or watch the video. There’s one thing that struck me the most and that was the Hard Rock Memorabilia demo, using the Seadragon technology within Silverlight. You can see it right here, make sure you check it out. Really cool, trust me. 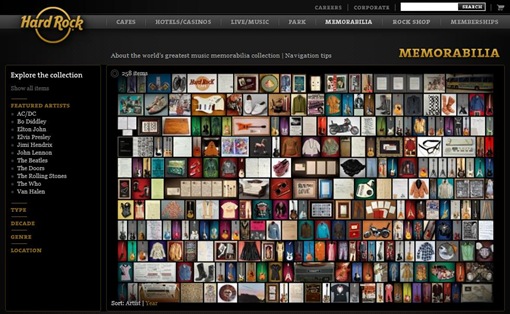 After the keynote (and the following lunch) I went out to see Lou Carbone again. I saw him at MIX07 already and found it a fascinating speech, reason enough to go see him again. Unfortunately, his MIX08 speech was the same as last year. Still very good, but been there done that.  Too late to go anywhere else so and my next session was in the same room anyway. Next up, David Armano with the Fuzzy Tail. David and I have been in touch occasionally through the AoC and on Twitter but here in Vegas we finally met in person which was good. The Fuzzy Tail wasn’t new to me as I followed the development of the presentation on his blog a couple of months ago, still good to see it presented by the man himself.

Other than that we saw some cool stuff related to the new IE8, we had again some demo on the Surface – always fascinating – and finally we joined the other MIX attendees for the official MIX party in TAO.