Have to admit, I’m kinda sad. Today and tomorrow the best web/tech conference in Europe is on in Paris… and for the first time in 4 years it’ll be without me. Since I had a good part in the sponsorship of the conference by Microsoft, the fact that I’m not even going this year makes the difference even bigger.

The first time I went to Le Web was in 2006. The conference just changed name from Les Blogs to Le Web 3 and MSN UK had been a sponsor for the first 2 edition of Les Blogs with Windows Live Spaces. With Le Web 3 we decided to sponsor from the EMEA budget and link it to Windows Live in general and not just Spaces… it wasn’t just about blogging anymore so that made sense. If you were there in 2006 you might remember that little piece of network cable in your welcome bag with which you could win a smartphone at our booth, it worked rather well I’ll tell ya :) 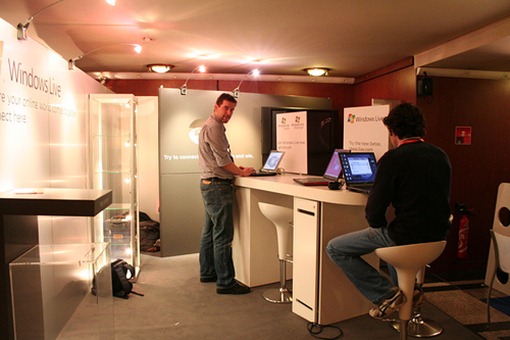 That was where I met Hugh MacLeod for instance (where he did this interview), our paths would cross quite often again… especially in Paris.

In 2007 we were back, this time with shared sponsorship from the European and the French team of Microsoft. This was the year that Le Web became big, like really big. It was a always a good conference, but in 2007 it changed into big. Hans Rosling, Philippe Starck, Yossi Vardi, … just look at some of the videos I selected back then and see for yourself. Made a lot of good new contacts that year, unfortunately our presence (Microsoft’s I mean) wasn’t really good that year.

Last year Microsoft BizSpark took over the lead in the sponsorship, just like it’s the case this year. And I made sure we had the Blue Monster in Paris, with Hugh as our guest. Good fun, I’ll tell you that much. 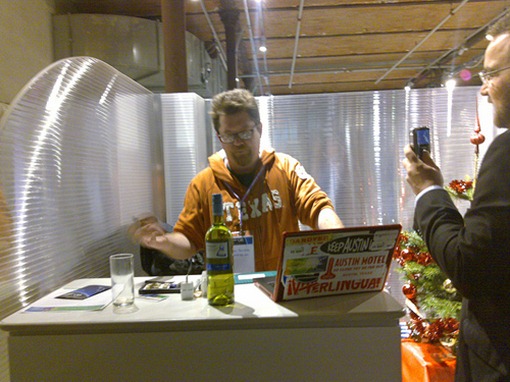 Good thing about Le Web though is that the event is broadcasted Live, check out this page from tomorrow morning to follow the livestream from the main stage (via Ustream). Or check out the Le Web iPhone app.

And let’s hope I can make it back to Paris next year. Greetings to all my friends in Paris and good luck to Loic and Geraldine for what will be most certainly another great conference ;)

“The gauge is attached via a network cable to the internet where it monitors news and search results for “paris hilton” and “paris france” and displays an average result in real-time.” 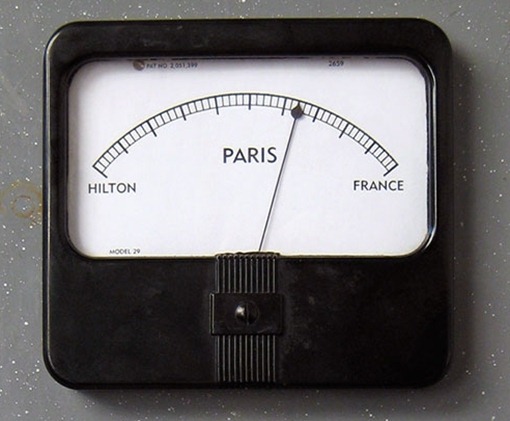 Next week we’re heading to Paris again for what is probably one of the most exiting tech/web events in Europe: LeWeb. This year Microsoft is the main sponsor and so make sure you come and check us out. And while you’re at it, bring your business cards as Hugh Macleod will be a regular guest and he might just end up drawing a cartoon on the back of it ;)

We’re also going to bring some Blue Monster Sauvignon Blanc with us but more on that later. For those that would like to get a chance to get one of those right now already, I’m actually going to give away 6 bottles right here, right now. (that is 1 bottle per winner to be clear). All you have to do is let me know in the comments why you should win it. By the start of LeWeb next week I will pick the winners (with the help of Hugh) out of the hopefully numerous comments ;) Make it original. Oh and just so you know, these bottles aren’t for sale.

Come and say hi if you’re going to be at LeWeb. Go here if you’re interested in finding out more about the Blue Monster.

The last video for LeWeb3 have been uploaded and so they’re now all available for your viewing. I’ve already written up a little report of my experience at LeWeb3, here are my highlights in video: 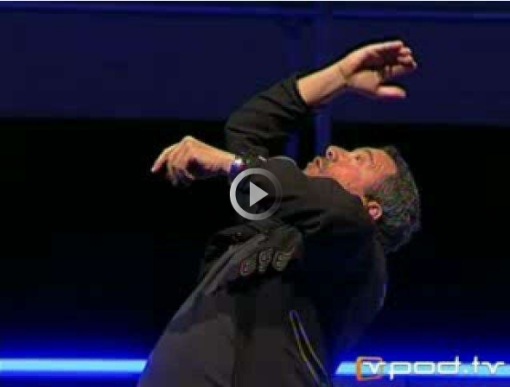 I’m pretty sure Janus Friis, Joi Ito and June Cohen’s talks were interesting as well but I missed them at the conference so I’ll have to catch up on those myself first. These videos and others are obviously also available here.