I stumbled upon this fascinating research done by Microsoft Research about a year ago (disclaimer: I work for Microsoft) after Mashable picked it up this weekend.

“We present a study of anonymized data capturing a month of high-level communication activities within the whole of the Microsoft Messenger instant-messaging system. We examine characteristics and patterns that emerge from the collective dynamics of large numbers of people, rather than the actions and characteristics of individuals. The dataset contains summary properties of 30 billion conversations among 240 million people.”

And while these are only MSN/Live Messenger users during a period in time in 2006, and miss data from the competitive services, it still gives a pretty solid idea of the ‘inside’ of the social aspect of an IM network. Here are some of the key findings. 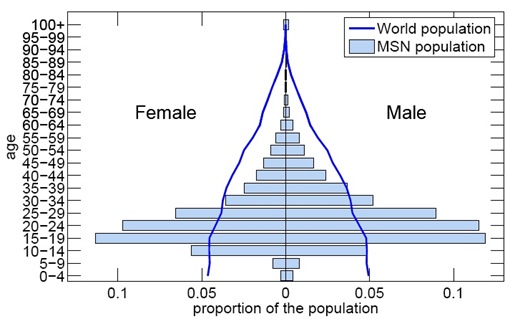 This here is another interesting finding:

“We investigate on a planetary-scale the oft-cited report that people are separated by “six degrees of separation” and find that the average path length among Messenger users is 6.6. We also find that people tend to communicate more with each other when they have similar age, language, and location, and that cross-gender conversations are both more frequent and of longer duration than conversations with the same gender.”

The full report can be downloaded here.