There was an interesting article in Slate a few weeks ago about the bias against creativity, about the fact that most people say they like creativity but that the truth is we really don’t. And since I work in a creative agency often presenting creative ideas to clients the theory based on a 2011 study used in this article makes a whole lot of sense to me.

“We think of creative people in a heroic manner, and we celebrate them, but the thing we celebrate is the after-effect,” says Barry Staw, a researcher at the University of California–Berkeley business school who specializes in creativity. Staw says most people are risk-averse. He refers to them as satisfiers. “As much as we celebrate independence in Western cultures, there is an awful lot of pressure to conform,” he says. Satisfiers avoid stirring things up, even if it means forsaking the truth or rejecting a good idea.  Even people who say they are looking for creativity react negatively to creative ideas, as demonstrated in a 2011 study from the University of Pennsylvania. Uncertainty is an inherent part of new ideas, and it’s also something that most people would do almost anything to avoid. People’s partiality toward certainty biases them against creative ideas and can interfere with their ability to even recognize creative ideas .

Clients will come to us for creative tasks since that’s what we’re most known for. You can literally witness though how the creative ideas that were presented and liked by the clients will be softened once they start to move through the chain of command. That is if you allow that to happen, we’re quite protective on the essence of an idea to make sure that while we’re very open to tweak it we will make sure that that essential core idea is never lost.

Most people agree that what distinguishes those who become famously creative is their resilience. While creativity at times is very rewarding, it is not about happiness. Staw says a successful creative person is someone “who can survive conformity pressures and be impervious to social pressure.”

And of course I realize like anyone else that some creative ideas are just not good or are creative but not an answer to the question or briefing at hand. This is purely about ideas that are recognized as good and creative and how they are being judged during the decision process. This is about how people often reject creative ideas even when espousing creativity as a desired goal (as the research so eloquently puts it).

In terms of decision style, most people also fall short of the creative ideal. they are satisficers rather than searcher for the optimal or most desirable solution. They follow a number of energy-saving heuristics that generally lead to a set of systematic biases or inaccuracies in processing information. And, unless they are held accountable for their decision-making strategies, they tend to find the easy way out – either by not engaging in very careful thinking or by modeling their choices on the preferences of those who will be evaluating them.

Especially that last sentence is a problem I think. Not only in judging creativity by the way. When people make decision upon what they think someone else will probably think of it instead of what they think themselves sounds like a recipe for disaster to me. There’s a clear link with management style there as well. How much do you empower your own people? It seems that to enable creativity you need to do that.

Instead of issuing directives and policy statements and hoping that they will be obeyed, innovative firms must encourage disobedience. In fact, those in power should go so far as to encourage active opposition. Innovative organizations are those that harbor multiple perspectives and objectives, not simply a variety of views.

Last but not least, it’s also why creativity takes courage – dixit Henri Matisse. Definitely an interesting read, be sure to check the full article.

I found this the other day on Zoomdoggle: Eric Testroete, a Vancouver based gaming industry guy, created this pretty cool 3D mask of his own face. Awesome don’t you think? 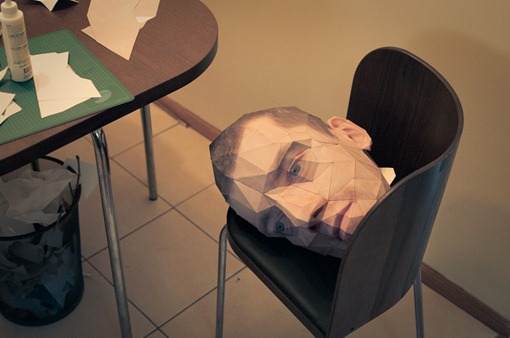 Similar concepts on the website of Bert Simons, one I found via Pietel on Facebook today, all I need now is some free time :)

Now that’s what I call ‘user engagement’! The ‘Hand from Above’ video below is the work of artist Chris O’Shea and like Neil Perkin mentions in his blogpost… wonder how long it’ll take before we see this in a commercial context. Check it out: 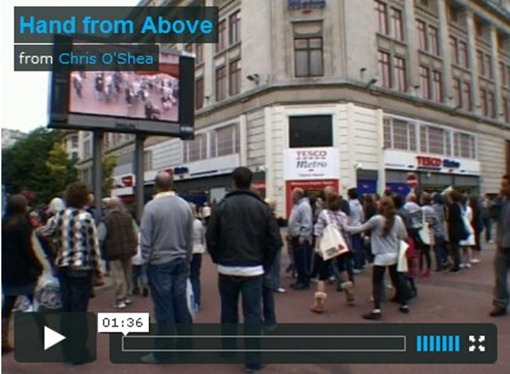 [Via Only Dead Fish]

Found this video via Druppels on Facebook – I love stuff like this. It’s a concept created by Multitouch Barcelona and you simply cannot not like this… see for yourself: 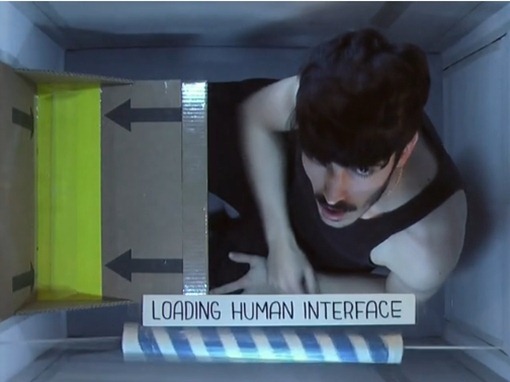 Amazing. No other word for it… I find it hard to understand I missed it earlier on, but then again that’s the beauty of the web, that you can keep discovering beautiful things day after day I guess. Today at the Creativity World Forum (I’ll write about the whole event once it’s over) one presentation really fascinated me and that was the presentation from Theo Jansen.

Theo Jansen is an engineer/artist or even better a kinetic sculptor who creates new forms of artificial life, sculptures or animals that are made by very light material and that move powered by wind on the Dutch beaches. Check it out:

Theo Jansen has given presentations on this topic at TED and other events hence my remark I really should have seen this before, but I didn’t. Glad I have now though.

Fascinating stuff on television yesterday (yes that happens on occasion). It was a documentary of a guy called Stephen Wiltshire and I thought it was just stunning. Now I know some of you might have seen this already, the guy’s story isn’t really new, but it was the first I had heard/seen of him. From Wikipedia:

“Stephen Wiltshire is an architectural artist who has been diagnosed with autism. Wiltshire was born in London, England, to West Indian parents. He is known for being able to draw an entire landscape just by seeing it once.”

The clip below was part of the documentary and shows Stephen draw a panorama of London (which will take him 4-5 days) on a 4 meters wide canvas… after only flying over the city for 15 minutes with an helicopter! How’s that for a visual memory!

Here’s a link to the end result. London was the first city he did on that scale, but in the meantime many others have followed such as Rome and Tokyo for instance. I think I’m gonna stop by his shop next time I’m in London.

Last week I went to LIFT08 in Geneva, and although it is a conference, I think you’d better describe it as an experience. And an experience I was really much looking forward to, especially after talking to Laurent Haug and Cristiana Bolli Freitas, the creative brains and organizers of LIFT a few months earlier.

Part of what makes it a really interesting experience, is all the interaction and community involvement both before and at the conference. You have workshops & open stages that be suggested and voted on. There was a Live Magazine (“Not so empty book”), the Fontself,  the creating of the LIFT song, etc etc. All very unique and interactive.

Thursday and Friday were the main conference days, and while I found only few presentations on Thursday to be really good, the ones on Friday made up for that. This is a list of what I liked (links to video here):

And the open stages from:

Next to all of that I obviously enjoyed meeting lots of ‘old’ and new people, seeing some back after quite a while was especially great. And last but not least, the famous Fondue on Thursday night, that was really good as well.

Overall, since it’s not a web only conference, some tech related presentations interested me less than let’s say at LeWeb3 although some did as you can see above. Apart from that the uniqueness, the interaction, the warmth of the event made it a fantastic experience. One I’m putting in my agenda for next year.

Ine, Clo, this is your conference – make sure you mark it in your agenda for ’09.

In 2-3 weeks you’ll find me in Geneva for LIFT08. Check out this video if you didn’t know about LIFT yet or if you where still in doubt on going.