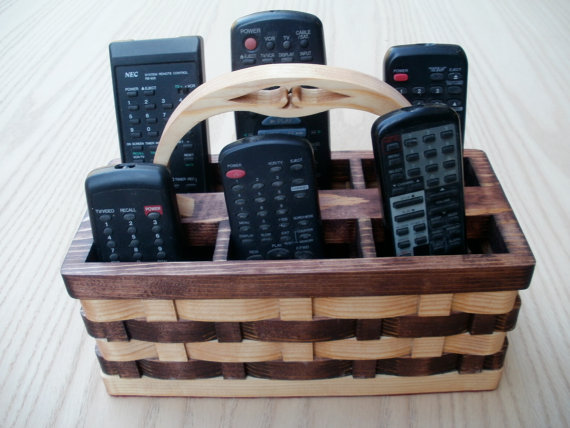 Jean-Louis Gassée brought up an interesting challenge or issue with regards to the current hype around the Internet of Things:

If we can’t solve the “basket of remotes” problem, how can we expect a home full of “smart” objects? #ibmceschat

It’s actually a very simple thought when you come to think of it but one that I thought is very true and relevant. Because indeed, the idea of all these connected devices in your home that need to be ‘operated’ via some kind of remote is all great but knowing that we haven’t been able to fix this for television in the last 50 years is something to think about.

“Indeed, so-called “smart” TVs are unable to provide a machine-readable description of the commands they understand (an XML file, also readable by a human, would do). We can’t stand in front of a TV with a “fresh” universal remote – or a smartphone app – touch the Learn button and have the TV wirelessly ship the list of commands it understands…and so on to the next appliance, security system or, if you insist, fridge and toaster. If an appliance would yield its control and reporting data, an app developer could build a “control center” that would summarize and manage your networked devices. But in the Consumer IoT world, we’re still very far from this desirable state of affairs. A TV can’t even tell a smartphone app if it’s on, what channel it’s tuned to, or which devices is feeding it content. For programmable remotes, it’s easy to get lost as too many TVs don’t even know a command such as Input 2, they only know Next Input. If a human changes the input by walking to the device and pushing a button, the remote is lost. (To say nothing of TVs that don’t have separate On and Off commands, only an On/Off toggle, with the danger of getting out of sync – and no way for the TV to talk back and describe its state…)”

We’re clearly not there yet. I wonder if it isn’t because both hardware and software manufacturers are increasingly investing in their own controlled and often closed ecosystems which implicates that little to no enterprises will be interested in opening up to this idea of 2-way thinking.

And also the idea that the phone will be the one and only device to rule everything in the future is an idea which I doubt will be realistic in the near future as I’ve written before.

iThere are no comments