The last week was pretty amazing. Thanks to TED’s 10 Ads Worth Spreading initiative I spent a few days at TED2013 in Long Beach combined with a day at TEDActive2013 in Palm Springs together with 9 other selected agency folks as well as a few people from TED and Google who are partners in the program. The reason that I got there to begin with was the fact that our agency’s ad ‘Push to add drama’ for TNT was selected as one of those 10 ads. Which is already pretty amazing on it’s own.

The one thing (to begin with) you have to do after reading this post is to go check out all 10 ads. Some you’ve probably all seen and shared already such as BBH’s ‘3 Little pigs’ for The Guardian, ‘Dumb ways to die’ from McCann or Y&R’s ‘Security Cams’ for Coca-Cola but others will probably new to you as they were to me. ‘Follow the frog’ for instance, from Max Joseph or  Make sure you check them all out, great stuff in there. Pretty cool bunch too.

So there we were. Invited by TED, ready to be inspired and with a packed agenda for 2 days at TED in Long Beach and 1 day at TEDActive in Palm Springs. Both these conferences run simultaneously and show the same content (via simulcast from Long Beach to Palm Springs). In Long Beach where the ‘real’ TED is you will find yourself amongst business leaders, CEO’s, former TED speakers, movie stars, … who are all looking forward to some great talks but also great encounters during the breaks. People will all just walk up to each other, introduce themselves to each other and start talking about what they’ve seen. And how we all know TED as a very exclusive event, the vibe at the event is pretty down to earth which was counter to what I expected it to be.

At TEDActive the crowd is much younger, I was under the impression that it was also much more international and it felt a lot more creative as well. And what struck me was that even though all talks were via simulcast on TV screens everybody would go inside and watch every single minute of it. During the sessions you would find pretty much no-one outside just chilling in the sun. Imagine that at Cannes Lions for instance – the idea alone sounds to crazy to be serious about it. Very interested crowd, very disciplined and very inspiring.

It’s too difficult to say which encounter was the best (although the close encounter with Cameron Diaz is worth bragging about ;-)) or which talk was the most interesting to watch. You have to imagine yourself sitting in between the co-founder of Groupon on the one hand side and Blaise Aguera y Arcas (2 time awesome TED speaker himself) listening to Taylor Wilson, an 18 year old that built his own nuclear fusion reactor at 14! How awesome is that?! Not to forget all the conversations with my fellow ad men about their advertising, how they got to sell it to their clients and what they think made it unique. I’m sure other sites will give a wrap up of the most powerful talks, I will probably highlight a few of them later on this blog as well.

I want to repeat myself and applaud all the awesome boys and girls at Duval Guillaume Modem for making such great work. It makes me want to go back to the office and try to make even better work so we can get back in that list from TED so one of my colleagues can experience this for him or herself. Thanks for that. This week was awesome! 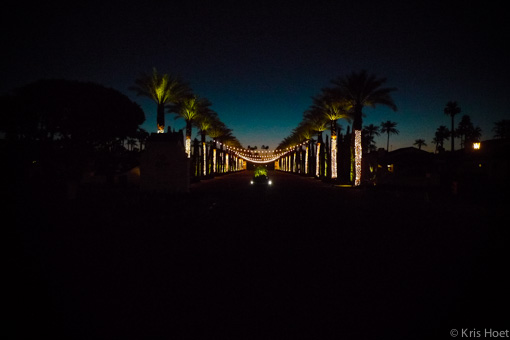 And special thanks to Shanna from TED for the awesome organization!