A brand that is very popular amongst the advertising blogs is Axe (Lynx) but because they are raising the bar in this segment, competition follows with great advertising as well. And that’s definitely a good thing. Rexona is an example of a fierce competitor that is doing a good job as well.

We all remember the Stunt City commercial and it looks like they’ve been building some more on this stunt theme online.

The Stuntman
Here’s where you’re tested if you’re wild enough for Action City. Throw our stuntman around the scene to prove yourself. Spoiler: you do get the Action City link anyway though. Funny game in the spirit of stunt theme. 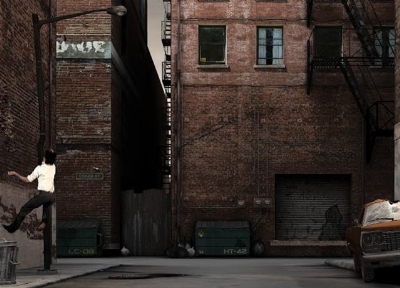 Action City / Avenida 13
I wasn’t able to do much in Action City, and my lack of Spanish knowledge doesn’t really help :-) Also check out the Avenida 13 game.

I have no view on what the timing of the whole campaign exactly was and whether it was linked to offline advertising as well. I do like how they’re sticking to this brand messaging throughout the campaign. This honestly always sounds a lot easier than it actually is, at least that’s my experience.

iThere are no comments